On 27th of September 2022, Minister for Finance, Paschal Donohoe, and Minister for Public Expenditure and Reform, Michael McGrath, presented the 2023 budget. Minister McGrath called the budget a “Cost of Living Budget”, and said it was focused on helping individuals, families and businesses deal with rising prices.

Below, we've listed some of the measures from the budget which will most affect employers.

Medical card holders and individuals aged 70 years and older whose aggregate income does not exceed €60,000 will continue to pay a maximum rate of 2%.

The emergency rate of USC remains at 8%.

Any taxpayer that are renting a property and are not receiving housing supports will qualify for a rent tax credit of €500 per annum. In the case of married couples or civil partners this credit will be doubled. This will come into effect in 2023 but can be claimed for rent paid in 2022 in early 2023.

The tax relief for remote workers remains unchanged at claiming relief of to 30% of the cost of vouched expenses for heat, electricity and broadband in respect of those days spent working from home.

The Small Benefit Exemption has been increased from €500 to €1,000, with employers permitted to give employees two vouchers per year, as opposed to one voucher which was permitted to date. This applies for 2022 and years following.

There are no changes to the ASC rates for 2023.

Due to the increase in the minimum wage on 1st January 2023 the upper threshold for paying the 8.8% Class A rate of employer PRSI is being increased from €410 to €441 from the 1st January 2023. There is no change to the PRSI credit.

The reduced rate of 9% VAT for the tourism and hospitality sector and electricity and gas bills will continue to apply until the 28th February 2023. 0% rate of Vat is introduced in respect of newspapers and news periodicals, including digital editions, defibrillators, hormone replacement and nicotine replacement therapies, and certain period products from 1st January 2023.

As security is a large concern for many businesses nowadays as data breaches are a threat to all entities, Two Factor Authentication can now be enabled as a feature for users of BrightPay Connect. Two Factor Authentication is a second layer of protection to re-confirm the identity for users logging into Connect through an internet browser or through BrightPay. This improves security, protects against fraud and lowers the risk of data breaches as users can access sensitive employer and employee data in Connect with the increased security layer.

BrightPay Connect is an optional cloud add-on feature that works with BrightPay. BrightPay Connect provides a secure, automated and user-friendly way to backup and a self-service dashboard to both accountants and employers so they can access payslips, payroll reports, amounts due to Revenue, annual leave requests and employee contact details.

Once the user receives the security code the user enters this in the 'verify code' field and selects 'Verify Code'. The user will only be able to access the security code if they have access to the email account or mobile device. The random generated 6 digit security code will expire after fifteen minutes so a new code will have to be sent if the code is not used in the time limit.

This Two Factor Authentication uses a second security measure of identification ensuring the user is the correct user when logging into Connect. It adds an additional layer of security to an already secure hosted platform and gives the user more reassurance that their payroll data is safer and more secure.

To Enable this option in Connect when you are logged in > Go to 'Settings' > Go to 'Two Factor Authentication' > Tick the box > 'Save Changes'. 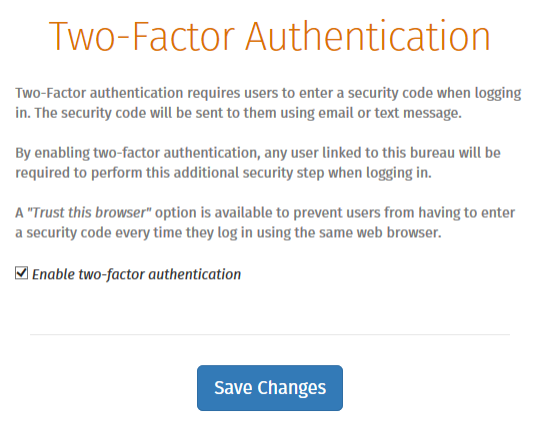 The calendar functionality in BrightPay Connect has been updated and improved, making it more user friendly and graphically appealing for both employers and employees. Improvements such as calendar and leave view, custom leave types and requesting leave are part of the new enhancements.

The number of months displayed on the calendar for both employers and employees can be selected, the options available are 3 months, 6 months, 9 months and 12 months. This can be selected under the Settings tab in the Employer portal, further details can be found here.

On the Employer or Employee Calendar in Connect, the calendar can be displayed for one month or multiple months. One month view can be seen by selecting the '1 Month View' option. The view can be returned to the default number of months view by selecting ‘3 / 6 / 9 / 12 Month View’. On the ‘1 Month View,’ there are new widgets for scrolling up and down through the number of leave entries on a particular date. 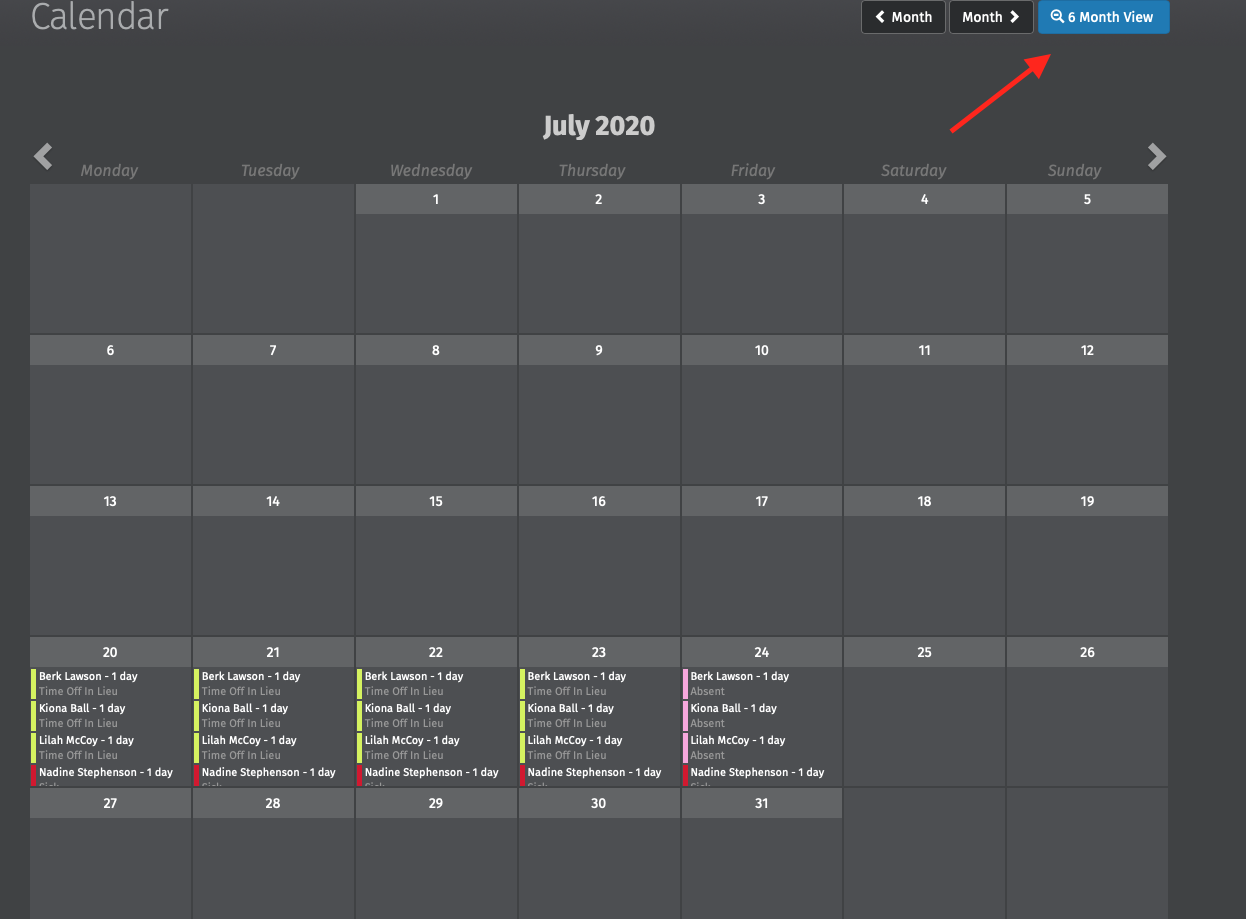 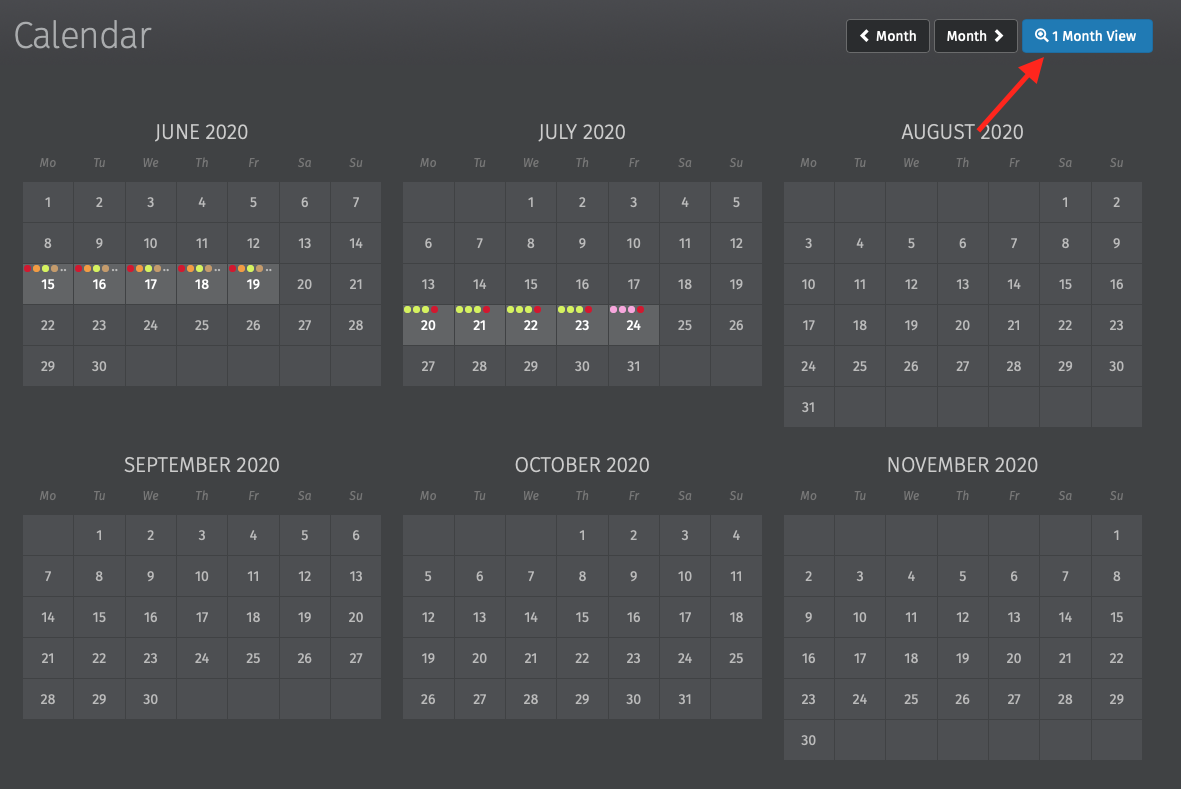 Dates with multiple types of events are dotted with the relevant colours. To see the breakdown, simply hover your mouse over the date. By selecting a date on the calendar, a dialog box will open to show all the entries on that date without having to scroll. 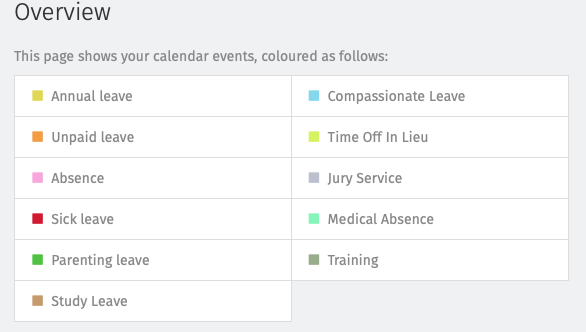 When employers are adding leave on an employee’s calendar in Connect or an employee is requesting leave, they are now entered as date ranges simplifying leave dates being selected. If the employer or an employee enter in an invalid date range (e.g. including non-working days in the date range) it will automatically correct this and only working days will be included in the request.

National Minimum Wage to increase by 10c per hour

The National Minimum Wage is going to increase from €10.10 per hour to the new rate of €10.20 per hour and this comes into effect from 1st January 2021. This increase will affect around 122,000 employees, increasing their national minimum wage by 0.9%. An employee working 40 hours a week will see their gross wages increase by €4.00 per week.

Minister for Social Protection, Heather Humphreys advised the minimum wage has increased by approximately 18% from the rate of €8.65 per hour in 2016 to the new rate of €10.20 per hour for 2021. She also assured that the PRSI thresholds would be changed in order to reflect the increase in the Minimum Wage.

“I also want to ensure that the increase in the minimum wage does not result in employers having to pay a higher level of PRSI charge solely due to this increase. I will make regulations that will increase the employer PRSI threshold from €395 currently to €398 from 1st January 2021.”

Make sure you keep up-to-date with the latest legislation changes. Subscribe to our newsletter today.

Cycle to Work Scheme Changes: What you need to know

In the July Jobs Stimulus Plan, announced by Taoiseach Micheál Martin, changes were introduced to the existing Cycle to Work scheme. The Cycle to Work scheme is a government initiative that was introduced in January 2009 and allows the employer to purchase a bicycle and safety equipment for an employee for travelling to and from work. The cost of the bicycle and safety equipment can be deducted from the employee’s wages in the form of salary sacrifice. This salary sacrifice is set up as an allowable taxable deduction and reduces the gross salary for PAYE, USC and PRSI purposes by the amount of the salary sacrifice. The salary sacrifice cannot be more than 12 months and the employer and employee must agree how the deductions can be made.

An employer does not have to inform Revenue if they have employees availing of the Cycle to Work Scheme but records must be maintained by the employer for any purchases made under this scheme, such as invoices, which employee the purchase was for, payment amounts, etc.

In this webinar, we discuss what you need to know about TWSS Reconciliation and the Employment Wage Subsidy Scheme (EWSS). We are delighted to be joined by guest panelist Sandra Clarke - President of the Irish Tax Institute & Partner at BCC Accountants. Register now.

The Construction Workers' Pension Scheme (CWPS) is an industry-wide, occupational pension scheme providing pension solutions for employees in the construction and related industries, providing economic pension and protection benefits to both employees and employers.

It is designed to allow construction workers and their families retirement and low-cost protection cover. CWPS has over 30,000 active members employed by over 2,000 employers and is amongst the biggest occupational pension schemes in Ireland.

A breakdown of the new rates are below:

Newly appointed Taoiseach Micheál Martin announced the July Stimulus package worth €5.2 billion which included 50 new measures to help businesses and in turn help with the recovery of our economy. The major measures introduced in this package are as follows:

Every parent is currently entitled to two weeks’ parents leave in the first year when their child is born or adopted on or after 1st November 2019. Parental leave is different where a parent is entitled to take unpaid leave from work up to a current maximum of twenty two weeks to look after their children. This is changing to twenty six weeks on 1st September 2020.

The National Training Levy which is collected as part of Employer PRSI will increase by 0.1% from 0.9% to 1% in 2020 to fund further and higher education.

The Construction Workers' Pension Scheme (CWPS) is a multi-employer occupational pension scheme providing pensions solutions for workers in the construction and related industries, at a low cost to both employees and employers. It is designed to allow construction workers and their families retirement and low cost protection cover.

The new rates are as follows:

At Bright, we’ve been working hard to improve the customer experience and make it easier to renew your BrightPay licence each year. With this goal in mind, we recently changed how software licences are purchased.

Going forward, you will need a Bright ID (previously known as BrightPay Account) to purchase BrightPay. If you are a BrightPay Connect user, you already have a Bright ID – just use the same email address and password that you use for Connect.

Check out our video tutorial or help documentation which takes you through the ordering process step-by-step. If you have any difficulties, contact billing@brightsg.com.