In a move designed to ease cash flow pressure on property owners amid the Coronavirus outbreak, Revenue has announced it is deferring the collection of Local Property Tax (LPT) for those paying by Annual Debit Instruction or Single Debit Authority payment.

Property owners who have opted to make a payment by Annual Debit Instruction or Single Debit Authority do not need to advise Revenue or take any action. The payment date will automatically change to 21st May 2020.

Details can be found here. 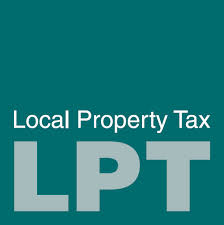 The third year of LPT is fast approaching!!! Revenue will be writing to the majority of homeowners shortly, the letters will give homeowners the opportunity to decide how and when they would like to pay their LPT. The letter will include the Property ID and PIN and will also confirm the amount due for 2015. If you wish to avail of a phased payment option such as Direct Debit/Deduction at Source you should confirm your payment method by the 25th November 2014 to allow sufficient time for the payment method to be in place for the beginning of the year.

Revenue will not be writing to homeowners already paying LPT through deduction at source or by direct debit instead their payment method will continue in 2015.

A number of Local Authorities have reduced the rate of LPT for 2015; Revenue will automatically make those deductions. Homeowners can confirm the amount of LPT due for 2015 on their property by accessing their LPT record online using their PPS Number, Property ID and PIN.

If you are the liable person for the residential property on 1st November 2014 you have to pay LPT for 2015 even if it is sold before the end of 2014.

Full details can be found on Revenue’s website www.revenue.ie

Property owners in employment or in receipt of an occupational pension can opt to pay their LPT through deduction at source from salary or pensions. In addition, where property owners fail to pay their LPT, Revenue may instruct their employer/pension provider to deduct the payment at source. The same form or instruction issues to the employer/pension provider whether it is a “voluntary” or “mandatory” instruction.

Revenue are writing to employers who appear to have outstanding LPT liabilities on record for the 2013 tax year. Revenue will demand payment as provided under Section 960E (2) of the Taxes Consolidation Act 1997. The demand will be followed up with debt recovery/enforcement action as necessary. This may include interest, which will be calculated from the due date up to the actual date payment is received. Penalties may also be imposed for failure to deduct and pay over the LPT as instructed.

Where an Employer’s Tax Credit Certificate (P2C) was received for an employee for the 2013 tax year with LPT liability but the employer failed to account for the LPT, they should immediately file an amended P35 and P35L and pay any balance outstanding.

For the 2014 tax year instructions are continuing to issue in relation to LPT for 2014 and arrears of Household Charge (HHC). Employers/pension providers who receive a P2C instruction should implement it immediately.

The Revenue Commissioners has announced a system for checking to see if people have deliberately undervalued their homes to reduce their Local Property Tax (LPT) below what they should be paying. Officials will use a system that is based on Google Street View and Google Maps to highlight properties where home owners have reduced the value significantly below their neighbours. "If we find properties like this we will look at it and see if we should challenge it," said Revenue's economist Keith Walsh.

Only officials working with Revenue will have access to the maps and the public will have no access. The maps will show the average value of homes sold on any street and the values other homes owners have attributed to their own properties. It will also show the identity of the homeowners, their PPS number and whether they have paid the LPT and household charge. "If people think they have undervalued they will have an opportunity to correct the value online," Mr. Walsh said. If property owners correct the value before 31st March 2014, they can avoid interest and penalties.

Revenue expects to write to people who have deliberately undervalued their home next month.

The Revenue Commissioners are to give individuals who have not paid the property tax or household charge until the end of March to comply with the levies.

The tax authority said there is now a six-week window for people to pay the outstanding amounts before interest and penalties will apply.

People who have undervalued their property or claimed an exemption which they are not entitled to also have to regularise their position by 31 March.

Revenue says it will begin its compliance campaign from the beginning of April.

People who have not complied by 31 March will have interest back dated to 1 July 2013. It will charge tax of 8% per annum.

"Penalties will apply to those who seriously do not comply with us," said the Revenue's project manager Vivienne Dempsey.

She added that 460,000 properties had not paid the household charge. Some of these may be entitled to an exemption.

However, 242,000 properties have workers in the properties who will now be subject to mandatory deductions from their pay at source.

If you have not yet paid your LPT, you can contact Revenue at 1890 200 255 to arrange to do so. If you undervalued your property, you can self-correct this valuation and pay the additional liability by March 31st by using its online service.

Phased payments e.g. deduction at source from salary will continue

If paying in full by cash, payment must be made by 1st January 2014

If you paid your 2013 LPT liability by a phased payment method e.g. deduction at source, direct debit this payment method will automatically apply for 2014 and subsequent years.  There is no requirement to notify Revenue of your payment method for 2014 unless you wish to select a different payment method.

In the case of Credit/Debit Card Payments, the full amount will be charged to the card on the day you select this payment method for paying your 2014 LPT liability.  This would mean the latest date for paying using this method would be the 27th November 2013.

Not registered for LPT? - then no Tax refund!

Revenue are now getting tough with those who had failed to file a property return, and officials will not issue refunds to them.

Those who have not filed a property return will not be in a position to reclaim tax refunds for Medical expenses and tuition fees etc..

A spokeswoman for the Revenue said it will eventually issue refunds to those who have yet to register for the property tax, but it will first deduct the tax due from the refund amount.

In general, in advance of issuing a refund, a taxpayer's record will be reviewed to ensure no outstanding liability exists. Where a liability exists, an offset will be made before the refund will be issued.

With the recent introduction of the Local Property Tax, the helpline at Thesaurus Software HQ has been busy answering queries relating to it.

One of those queries has been to do with the filing of the monthly/quarterly P30.

If an employer, registered with ROS, has been creating the P30 on the Thesaurus Payroll Manager and then uploading it to ROS, there has not been any issue. However an employer trying to submit an online P30 on ROS itself is running into issues arising from where to enter the LPT.

The P30 had been showing fields for the PAYE & USC and then also for PRSI but nowhere was it showing a field for the LPT.

Revenue rectified this problem recently by changing the format of the online P30 and P35 so that the LPT and the USC fields are now separate from the PAYE.

LPT and the Revenue slam dunk

The introduction of Local Property Tax (LPT) in last year’s budget provoked much outrage and opposition. Marches, public meetings and demonstrations were staged in many parts of the country to protest against the new tax. One of the more popular suggestions was to boycott LPT but all of this noise and bluster was in vain as the measures introduced by the tacticians in Revenue were decisive in ensuring almost total compliance.

When planning the implementation of LPT, Revenue paid particular attention to the payment option “deduction at source”. Although only 5% of compliant taxpayers would eventually opt for this particular payment method, the crucial issue was that nearly all non-compliant taxpayers would be caught in this net. “Deduction at source” in the main refers to deduction from salaries or pensions.

The consultation process between Revenue, the payroll software companies and their representative body PSDA (Payroll Software Developers Association) was detailed and ensured that the mechanics of the LPT deduction in payroll was clear and simple. One of the main reasons that the start date was deferred until 1st July was to ensure the readiness of both Revenue and the payroll software companies for the new deduction.

Just this week, Revenue is preparing to issue P2Cs to employers containing updated LPT amounts. Many of the amounts will be enforcement estimates. Employers will not be able to tell the difference between normal LPT and enforcement LPT. The employers receiving these P2Cs have no choice but to comply, otherwise they will become liable themselves in much the same way as if they failed to deduct PAYE or PRSI.

No matter how militant an employer might be against LPT, it is unlikely that they will risk becoming liable for it on behalf of their employees.

All of the anti LPT campaigners advocating non-compliance really had no chance from the outset when pitted against the Revenue strategists.

Have Revenue got it right at last or at least a bit fairer for all residents in Ireland?

A last ditch effort is being made by revenue to allow people to volunteer to pay their Local Property Tax and their outstanding Household charge before contacting employers and Pension providers to take the deductions at source!

The Office of the Revenue Commissioners has told more than 50,000 property owners that they will begin telling employers and pension providers to deduct the Local Property Tax from non-payers at source unless it is paid within seven days. In a statement, Revenue said the returns had to be filed online within one week.

It looks like there is no hiding place as Self-employed homeowners who fail to register have been warned they will be blocked from receiving a tax compliance certificate until they comply and pay. This in effect would mean some self employed people may not be able to work, take for example a taxi driver who is required to have a tax compliance Cert before A PSV licence will be issued .

Where the Household Charge for 2012 has not been paid or has been part paid by 1 July 2013 the arrears amount (including late payment penalties) will be increased to €200 and will be included as part of the LPT liability in respect of the property. In effect, the arrears of the Household Charge becomes an LPT charge and will be collected by Revenue. Unfortunately for people who did not pay their household charge a flat fee of €200 is now due along with the Property Tax Charge which will be deducted in the coming weeks at a time that people are already finding it difficult with extra costs as children return to school, college and the extra cost of the summer holidays in general . It's a hard one to call but looks like we will have no choice in the matter !